You can’t take rust out of the environment. So long as you have a car, rust is a possibility. Rust is caused by many things, but exposure to air is a big part of it. That means that to keep the rust away from your vehicle, you’re going to need high-quality rust-proof products. There are many products that claim they can help with rust, but when you actually try to use them, their effect is negligible. Or alternatively, they rust-proof your vehicle, but only for a brief period of time. In this blog, we’ll go over the different kinds of rust that can damage your vehicle as well as how our vehicle rustproofing lasts and can be helpful to you.

Most of us see rust on a vehicle and just think of it as “rust.” However, there are different kinds of rust. They often receive their labels based on where they appear on the vehicle itself. For example, there’s a kind of rust that can cause problems in your vehicle called “gap corrosion.” This particular type of rust is formed inside gaps in your vehicle. Specifically, these gaps occur in bolted or band-tightened areas between facing surfaces. As you might imagine, these particular parts of your vehicle tend to be relatively delicate, so you especially don’t want them damaged by rust.

The most common type of rust on your vehicle is called “uniform corrosion.” It’s essentially what it sounds like: a kind of generalized rust. This rust progresses over the exposed surfaces in a uniform fashion. Of course, doing so absolutely wrecks the uniform look of your vehicle. This can lead to your vehicle looking far worse for wear. It can even cause the resale value of your vehicle to drop precipitously. Left unchecked, this kind of rust can eat away at your vehicle’s paintwork; until the vehicle’s very structural integrity is threatened. 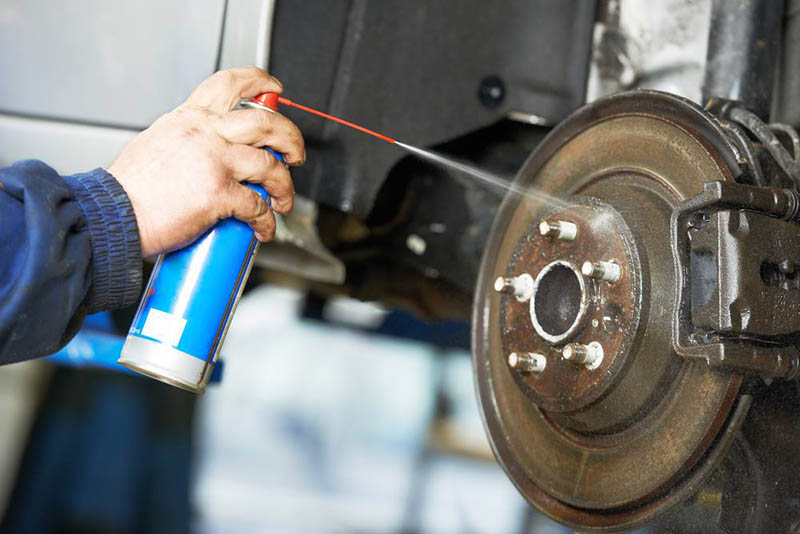 Rust never stops moving on your vehicle. That’s why it’s so important to stop the spread of rust as quickly as possible. We know that many of our customers put our rust-proofing products on their vehicles once they’ve started to see rust begin to form. Noxudol was made to be able to penetrate into the joints, seams, or gaps to the maximum extent possible. Moreover, they were built to do that over the longest period of time.

As they’re able to do that for the longest period of time, that’s all time they can stop rust from spreading. We made Noxudol penetrate as deeply as possible, so as to be able to protect necessary areas as much as possible. Too many other rust-proofing products which say that they can penetrate rarely can do so deeply. The ones that actually can often aren’t enough to penetrate into most minute spaces. These products can spread themselves too thin, making it impossible for them to cover interior surfaces as much as they should.

When we sat down to design Noxudol, we took stock of what kinds of rust-proofing products were already on the market. Then, we designed Noxudol to have the best attributes of all of them. So, Noxudol can penetrate into even the tiniest spaces, where other kinds of so-called “high penetration” rust-proofing products aren’t able to go. On top of that, Noxudol is able to cover interior surfaces thoroughly as well, so that more of your vehicle is protected from rust for a longer period of time.

You might be asking: “why can’t I just use the rust-proof undercoat directly?” Well, even the best undercoat formula may not be able to fully penetrate into the deepest gaps or spaces on your vehicle’s underbelly. If so, that would significantly lessen (if not ultimately erase) the benefits of the undercoat itself.

To keep the rust away from your vehicle for longer, Noxudol can do the job. Better still, it helps with rust as well as the environment. We built Noxudol to specifically be environmentally friendly, and it really shows. Compared to other kinds of rust-proofing products, Noxudol is reasonably priced as well, so anyone who wants high-quality rustproofing can get it. For more info about Noxudol products, visit us or call (818) 308-8430.